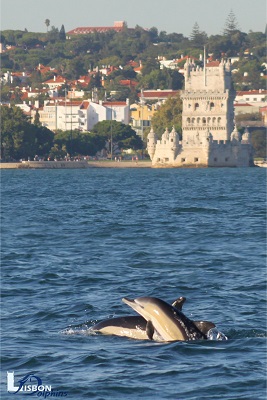 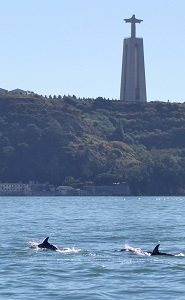 on average spending few hours in the river. The Tagus river is exceptionally deep, having a wide U shape profile 30m deep, reaching 60m in depth on the south margin. This makes the Tagus the deepest river in a 1900 km radius, deep enough for oceanic species to feel comfortable to enter. There are records of dolphins seen travelling to shallower areas as far as 40Km upriver. 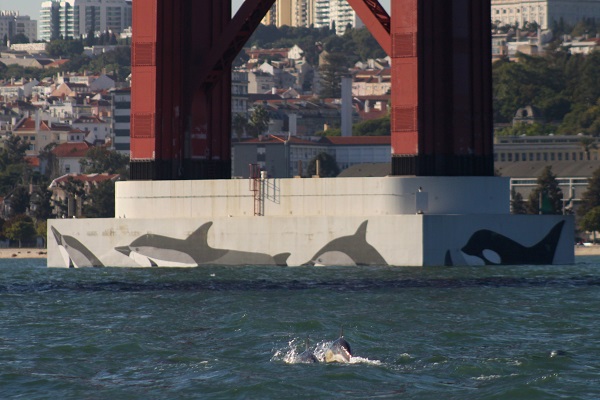